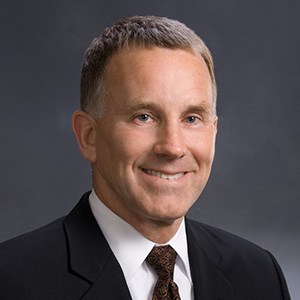 Born and raised in Northern California, Michael’s family of four children moved often but lived in Redding for most of his youth.  Michael was most often found fishing or exploring the mountains surrounding Redding.  While a bit of a delinquent in grade school, Michael turned around thanks to Pop Warner football and several great coaches who taught him how to be a responsible young man.  He remained active in high school sports, being named “Back of the Year” as quarterback for this junior varsity football team and played on a championship basketball team.

Michael’s family was “financially challenged” and it occurred to him at an early age that he would need to figure out a way to provide for himself.  So, while in the 7th grade, Michael asked his father, “who makes the most money”?  Since his father was painting and hanging drywall at the time, he replied, “the architect”.  With that fateful reply, Michael applied his energies to the profession of architecture.

By the time Michael was a senior in high school he had read everything in the Shasta County Library about architecture and city/regional planning and was a student teacher in his architectural drafting class.  For Career Day he visited the premier Redding architectural firm, Woodward-Nichols, AIA.  It was providence that Bill Woodward’s daughter Wendy was a student in Michael’s architectural drafting class. This connection resulted in him being hired as an apprentice draftsman two months before graduation and working full-time thereafter. This was a wonderful period of learning the profession and how to draw (remember those days!) from a talented mentor.

Michael was introduced to the cyclical nature of the construction industry when the firm simply ran out of work.  The principles allowed the three draftsmen to use the office to run a residential drafting service for a while, but eventually all found other work.  Another mentor of Michael’s was starting a new department in a local lumber wholesale firm. They distributed laminated timber products from mills in the Pacific Northwest.  Michael did take-offs, estimates and bid glu-lam beams and other products for projects in Northern California. He also did all the marketing as the Architectural Representative.  Many valuable lessons were learned studying thousands of plans from many architectural firms.

At this point Michael become a Christian and his Bible study led him to see a duty to serve in the military.  Viewing military service as a short interruption on his path to becoming a rich and famous architect, the sense of purpose Michael had from his service led him to rethink his future and re-enlist while a member of 1st Reconnaissance Bn.  He negotiated a good deal and left for Alaska to become qualified as an Arctic Warfare instructor, then to Airborne School and then to Ft. Bragg to be the third Marine in history to attend the Special Forces (Green Beret) Qualification Course. Michael so excelled during the course that the Commanding General of all Special Forces offered to allow Michael to attend any additional training he wished – at the Army’s expense!  So, he was the first Marine ever to attend Special Operations Training.  This was a counter-terrorist course that, at the time, was staffed by the original Blue Light team.  After that he attended the Special Forces Demolition Course, adding to the Weapons Course he initially attended.

Leaving Ft. Bragg and the Army, Michael was assigned as an instructor at the Amphibious Reconnaissance School where they primarily trained members of 2nd Reconnaissance Bn. and 2nd Force Reconnaissance Co., as well as units from the Army Rangers, Special Forces and Marine Reserve units.  During these three years Michael also attended the Special Forces Underwater Operations Course (SCUBA), Water Safety Survival School and the Army Ranger Course where he graduated with honors.  Although they worked over 100 hours per week and ran over 3,000 miles a year, it was a very fulfilling time.  Michael was meritoriously promoted to Staff Sargent during this duty.

Unfortunately, Michael received orders to Recruiting Duty.  While the Recruiting School was excellent training in sales and marketing (where he again graduated with honors), this was not why Michael joined the Marines so he decided to get back to architecture once his enlistment was up.  During the 10 months Michael was a recruiter in Auburn, he was able to conduct counter-terrorist training for the Placer County Sheriff Department SWAT team and made many lasting friendships there, not the least of which was his future wife!

Once out of the Corps, Michael spent some time backpacking on the Pacific Crest Trail before getting back into the business world. The early period after the Corps was marked by a lot of work and taking 12 units at night at a community college – not leaving a lot of time for social life!  Of note was a wonderful break in Colorado, helping to manage a Christian Camp for military officers. Lt. Col. Tom Hemingway, USMC (yes, of “Ernest” fame) was the Marine Corp representative at Ft. Bragg while Michael attended Special Forces School. Michael became good friends with Tom and his family and when Tom retired to run the camp he gave Michael a call to help out. Tom had started a leadership training program for students of the service academies and major ROTC programs, as well as some foreign military officers.  The goal was to teach leadership principles exemplified in the life of Christ.  They did this while rafting and kayaking the Arkansas River, backpacking, climbing and enjoying other outdoor activities.  It was very encouraging to meet young men and women raised in good families and making all the correct decisions in life – the type you will never see in the news!  Like joining the Marines, this was quite a financial and professional sacrifice, but also very fulfilling.

Michael eventually returned to the Sacramento area and the architectural firm he left before Colorado. He was now more in the development end of the business; but still handling the architectural as well.  When a slow-down in the multi-family market was imminent, Michael accepted a position with Lardner Lardner Architects in Auburn.  John Lardner and his son were going to start a development company and liked Michael’s experience in the multi-family market.  Unfortunately, John soon passed from cancer. This left Michael and another architect to run the company – which they did for the next 10 years!  During this period, they were fortunate to do all the work for the local school district and several bank clients. It was valuable experience learning every aspect of what is required to run an architectural firm.

When LPA, Inc. re-opened their Sacramento office, Michael had worked with one of the principles and was brought on as a Project Manager for their Civic work.  This was his first work with a nationally ranked firm. The firm had many Civic projects pending but the 9-11 tragedy and subsequent financial impact put many of these on hold.  This precipitated Michael’s move to NTD.  The principle of the Auburn office appreciated the loyalty of the local school district toward Michael while he was at Lardner Lardner Architects so he was offered a position as a Studio Director.  This was a great five years as many of Michael’s management ideas were instituted over the five offices and he built a very effective and profitable studio with many talented employees.  However, when Michael discovered the office was the subject of a lawsuit, he decided to accept a position with SKW as the K-12 Studio Manager.  Initially SKW had a remarkable period of growth with Michael being front and center of many of the office standards and management improvements.  Unfortunately, the “Great Recession” hit SKW hard and the staff was cut significantly.  This opened the door for a new chapter in Michael’s life.

Out of the blue, Michael received a call from an old Marine buddy working for a firm in Virginia.  They were looking for someone with military and business experience to manage a >$100m security contract.  The money was very good, so he and his wife were off to Virginia. This was a highly classified program but suffice to say that Michael had a great time getting back into the shooting sports, defensive driving, combatives, combat medicine and generally being back around the former military elite who worked on the program.  While the contract was awarded a second time and extended twice, it eventually went to another firm – the nature of government contracting.  While all the other staff were released, Michael was asked to stay on and develop a nationwide wholesale distribution company for the shooting accessories and ammunition that were part of the company’s training facilities.

The company leased their facilities and the developer built the three shooting ranges and a 20k s.f. shoothouse.  Unfortunately, neither the developer nor their mechanical engineer had ever designed a range before.  Michael, having done a range for a new police facility, knew there were many problems, including the ventilation.  So, he was the point man representing the firm to help the developer get the ranges in compliance with NIOSH and OSHA standards.  This was a several year battle, with many changes to the range systems, wherein Michael became an expert in range design, operations and ventilation.  He was also the OSHA compliance officer for the ranges.

Michael and his wife had a great time visiting the museums and battlefields of Northern Virginia and enjoying their church there, where Michael was a Deacon. You know it’s a good church when the pastor and head deacon are both retired Marine Lt. Col’s!  Although life was good, living in a beautiful home with property in the country, this was not Michael’s life-long calling and both he and his wife longed for the beauty, clean water and trout fishing they knew from Northern California.  So, although they left their daughter and a son with six grandchildren in Virginia, it was, “California here we come”!  Fortunately, the other son and four grandchildren are in Reno.

While in Virginia, Michael applied for Veterans disability benefits.  Nothing heroic, but while a recon instructor he was hit broadside by a Cadillac and was thrown from his jeep onto the pavement – landing on his butt!  The military doctors did not discover it at the time, but recent x-rays while in Virginia showed that his pelvis had been broken on both sides, his hamstring was almost torn off his hip and there was damage to his sacrum. This resulted in him recently being awarded a 50% disability from the VA.  With all the paperwork done with the State, Michael is now a certified SB(micro)/DVBE licensed architect – ready to become a valuable member of your team!